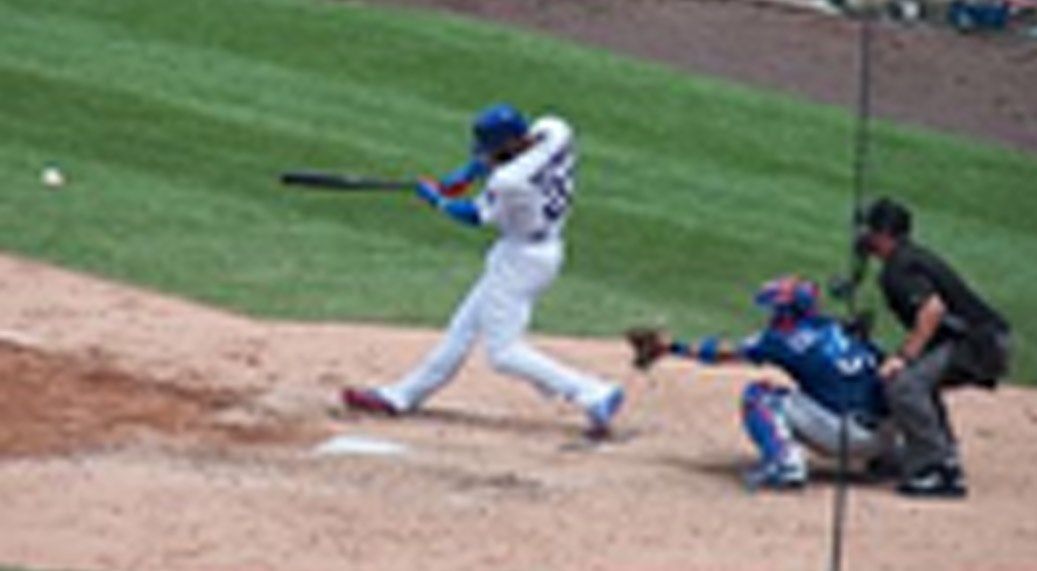 Baseball is a bat-and-ball game played between two opposing teams who take turns batting and fielding. The game proceeds when a player on the fielding team, called the pitcher, throws a ball which a player on the batting team tries to hit with a bat. The objective of the offensive team is to hit the ball into the field of play, allowing it to run the bases-having its runners advance counter-clockwise around four bases to score what are called "runs".

01. Gather nine players- You will need at least nine people to be able to field a team for defense.02. Assign the pitcher and catcher- The pitcher is the player who stands in the middle of the field and throws the ball to the batter.03. Select the infielders- The players in the infield (or the diamond) protect the bases.04. Choose the outfielders- The three players in the outfield are the right fielder, center fielder, and left fielder.05. Place the bases on the field- There are four bases (first, second, third, and home plate), which are "safe spots" for runners during the game.06. Set up the pitcher's mound- The pitcher stands on a mound of dirt in the center on the diamond, approximately 60 feet (18 meters) from home plate.07. Paint the foul lines- A baseball that's hit and lands to the left of third base or the right of first base is considered a "foul ball" which invalidates the play.

We are committed to continuously strengthening our sport and enhancing the quality of sportsmanship to make Sri Lanka amongst the top tier Baseball playing Nations in Asia.

·       The sport was introduced to Sri Lanka in 1985 through the American Embassy with only 4 teams actively participating.

·       The first national baseball tournament played way back in 1985 and later the national tournament was held on an annual basis.

·       In 2010 the Sri Lanka University team participated in the 5th World University Games in Japan.

·       Opened the Baseball Ground at Diyagama in 2012 with the assistance of JICA and the Japanese Government.

·       SLBSA was incorporated as a non-profit organization under the Ministry of Sports in Sri Lanka with the aim of promoting the game of Baseball all over Sri Lanka at school, university and corporate levels as a sport. Baseball is now a medal event in the Asian Games, World Games, and the Olympic Games.

·       Baseball is a relatively young sport which began in 1869. In a short time, it become the 2nd highest paid sport in the world for endorsements and sponsorships.

·       The sport was introduced to Sri Lanka in 1985 through the American Embassy with only 4 teams actively participating.

·       Over the years, albeit with limited infrastructure and support, the sport of Baseball has steadily grown in Sri Lanka with the national Baseball team now ranked 36th globally amongst sporting giants such as US, Japan etc.

·       Sri Lanka is also the 2nd highest ranked team in West Asia behind Pakistan whom they beat in the finals of the 2019 West Asia Games.

·       With the national team’s achievements and stable progression of the sport in the country, the regional Baseball association awarded Sri Lanka the privilege of hosting the prestigious West Asia Baseball Games 2019.